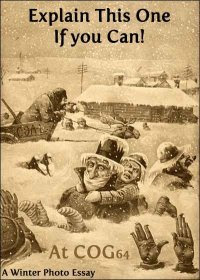 The topic of the 64th Carnival of Genealogy is "A Winter Photo Essay." I realize this is a record snow season in many parts of the country and the last thing you want to see is pictures of the white stuff, but hear me out.

This is the story of a little boy who loves snow. Sadly, the only climate this child has ever known is a warm, toasty one. He's visited snow, but never had it fall at his house.

Christmas Eve 2004, snow did in fact come to our Texas coast. The Weather Channel showed footage of children frolicking in the snow on Galveston beaches. Unfortunately, Snow Boy was in California at the time, visiting family for the holidays. He could only watch the white stuff on television.

One day in December 2008, the Houston temperature dropped as the precipitation chances rose. Snow Boy prayed for snow and assured his mother that this was the day it would happen.

I humored him but prepared for the inevitable disappointment of a boy's burst weather bubble. Then the forces came together. After school, a light sleet began to fall and continued to do so through dinner.

Snow Boy pulled up the weather forecast on the computer and took this picture as proof of the sheer possibility of it all: 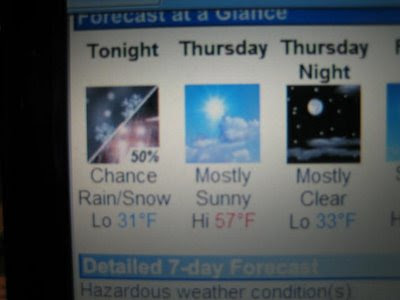 Do you know what happened next? It started snowing in Houston! Just for Snow Boy! 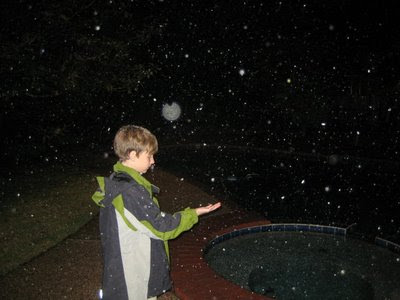 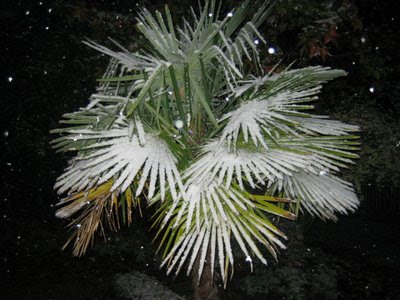 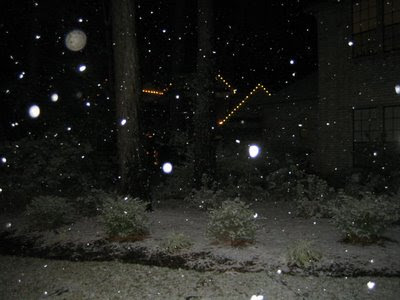 ...all because one little Snow Angel Maker willed it to happen: 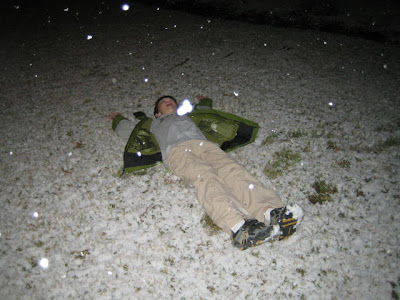 The next morning, there was little evidence of the magic night except for this mini snowman on the mailbox and the new winter memories of a happy little boy. 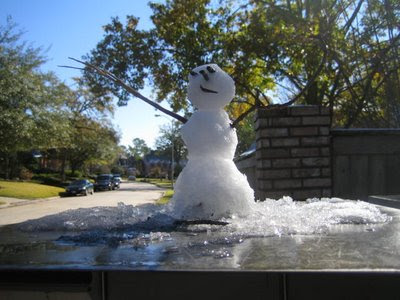 View my complete profile
Welcome to my blog, where I chronicle my own adventures in genealogy and hopefully inspire you to do the same.
Have a question? Find a common ancestor? Contact me at acoffin[at] gmail [dot] com